Cosmo or Vice or urban dictionary define it as
something else

you labelled a gateway to homosexuality
or just a straight kink,
you’re the in between act,
the switch that turns me on

you deserve an ode
because I only write odes
to the things that I silence in myself,
because queers tell me it’s still straight,
and straight people tell me it’s gay
and isn’t that just one rubbery metaphor
for being bi right there?

when I take you from my bottom drawer,
I’ll hang you from our front door like glittery gay Christmas wreath
promise to never clear my browser history
after shopping for your apparatus 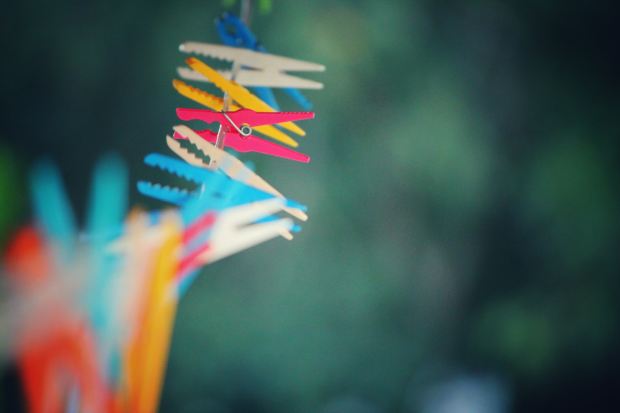 Benjamin Solah is a spoken word artist, producer, convener, videographer and critic based in Melbourne, Australia. Their work has appeared through Cordite Poetry Review, Overland, Going Down Swinging, Write About Now, and SlamFind. They’ve also appeared at events in Melbourne, Texas, and New York and was part of the first Australian team to compete in the US National Poetry Slam in 2017. They’re the Director of Melbourne Spoken Word and a co-producer of Slamalamadingdong.

Photo by Erik-Jan Leusink on Unsplash.

Today we are proud to publish Ginny N’s piece on plural pronouns and claiming online space. “We used our pronouns for about eight years when this moment came, on a mundane late spring day. We were agender our whole life. And our pronouns showed us this long before we realised.” ⭐️LINK IN BIO⭐️
We’re so proud to republish Danny McLaren’s personal essay about their experiences as a non-binary summer camp counselor! 🏕 LINK IN BIO 🏕 “Camp is for everyone and it’s an experience I believe that every child should get to have, if they want to have it. By ensuring there are options for gender non-conforming kids to go to camp, means that no kid gets left out.”
This week on #EnbyLife Journal we’re excited to showcase illustrated work by queer artist Frank Candiloro (@frankencomix) titled ‘State of Dysphoria’. TW: body dysphoria. 🖤❤️LINK IN BIO❤️🖤
‪We’ve published a fantastic new poem at #EnbyLife Journal! Have a read of ‘I could eat LIGHTNING’ by Caitlin White (@ccaiitiiee), the Founding Editor of Baby Teeth Journal! (@babyteetharts)‬ ⚡️LINK IN BIO ⚡️
This week on #EnbyLife Journal we have a gorgeous personal essay by A Frey about life’s rhythms and seasons, and accepting the uncertainty of gender. 🍁 LINK IN BIO 🍁
This week on #EnbyLife Journal we have a new poem by Danny McLaren titled ‘She/Her Eulogy’. Trigger warning: misgendering. 🍂LINK IN BIO🍂
%d bloggers like this: